Through its Foundation, Covivio has committed to promoting equal opportunities by supporting 16 associations in the countries where it operates, namely France, Italy and Germany.
These selected associations receive both financial and skills sponsorship, mainly on the initiative of Covivio employees. In addition to one-off high-impact events, Covivio intends to make a tangible commitment by setting up all-round long-term partnerships with each association: business workshops on the issues facing each organisation, Covivio’s clients participation to certain programmes, provision of premises, and more…

Created in 2020, the Covivio Foundation aims to structure and bolster the initiatives already carried out by Covivio for over 10 years based on the group’s two core longstanding causes:
promoting equal opportunities, focusing on education and training, work and the inclusion of disadvantaged population groups, particularly in the 18-35 age group;
protecting the environment.

Two years after its launch, the Foundation currently supports 13 associations:

-Three-year support following calls for projects launched in each country. This is the case for 11 of the 16 organisations.
-One-off support for one year to provide help for a specific project.

This approach enables Covivio to focus its efforts and resources on a limited number of projects in order to offer significant support to each organisation and amplify the impact of its actions.

To ensure a hands-on relationship, a local committee comprising employees from Covivio’s various business lines has been set up in each country to monitor the organisations supported. These local committees are also responsible for identifying potential future projects and presenting them to the Foundation’s Board of Directors.

“Covivio has chosen to be a committed company. This commitment has existed for a long time on environmental issues, as part of an active and innovative CSR approach. It is now becoming concrete internally on the social side, thanks to the actions of the Foundation. Our choice is to build lasting partnerships with associations, to create real relationships that allow for rewarding actions for everyone. The dynamism of our teams has enabled us to support more than 15 associations since 2020, mainly on the subject of equal opportunities, through training and access to employment. The Covivio Foundation, aware of the importance of social commitment in the corporate world, is pursuing its mission by anchoring its approach at an international level”, says Alix d’Ocagne, Chairwoman, Covivio Foundation.
“Since its inception, the Foundation has supported non-profits that reflect our values and mindset, both local and European. In addition, the commitment of our teams in Europe has enabled us to multiply our initiatives, particularly through dedicated week and day programmes during which employees invest their energy in the non-profit organisations, often spurring a longer-term commitment on their part.”, explains Géraldine Lemoine, Chief Communication Officer Covivio and Vice-President of the Foundation.
“Covivio’s support goes far beyond the financial aspects. La Cravate Solidaire helps jobseekers join the workforce by offering image coaching, providing professional attire and preparing them for future job interviews. Alongside the financial support of the Covivio Foundation, we are bolstered by the contribution of employees, who organise clothes banks and interview coaching. Covivio has also provided a logistics space of over 200 m² that allows us to sort and store clothes in optimal conditions. Basically, a well-rounded partnership.”, testifies Michaël Cienka, Head of Development, La Cravate Solidaire.

Covivio employees getting involved in the community: focus on Socovivio Week in France and the Socovivio Days in Rome and Milan

During the first Socovivio Week organised in France in July 2022, nearly 90 Covivio employees spent a total of 256 hours helping with the various workshops on offer.
On a voluntary basis, employees lent a hand with various activities including meal preparation workshops with Refugee Food, business workshops to advise charity workers on subjects such as the GDPR and communication, and coaching workshops with Wake Up Café beneficiaries in particular. At the end of this week, 75% of the employees involved wanted to go further with their commitment to the community .

Two solidarity days involving various activities were also organised in September in Rome and Milan: a cleaning workshop with Fondazione Francesca Rava, reorganisation and painting of several premises belonging to Associazione La Strada, painting the premises of two schools with Mission Bambini. All in all, 77 employees donated 308 hours of volunteer work in Italy.
“My mission with Refugee Food consisted of accompanying them in the implementation of their customer relationship management tool. It was a real moment of exchange that was very enriching from both a professional and personal point of view, during which I was able to understand the association’s issues and problems, and which makes me want to commit myself in the long term”, Manon Zych, Transformation Project Manager France, Covivio and participant in the Refugee Food workshop in Paris.
“I was looking forward to taking part in this initiative and I’m sure I’d like to do it again. Seeing the high level of commitment and involvement of my colleagues on this particular day, makes me proud to be part of Covivio. It’s a team that knows what it means to help others and have a good time together.” Cecilia Casadei, Documents & Data Manager Italy, Covivio and participant in the Mission Bambini workshop in Rome. 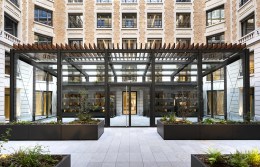 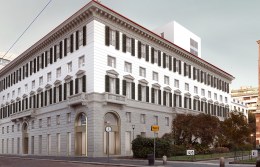 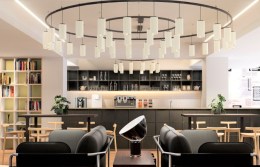