Coronavirus: Covivio on the move to contribute to the national solidarity effort

Given the extent of the health and economic crisis triggered by the Coronavirus epidemic, Covivio is on the move to provide assistance to medical authorities, healthcare personnel and the VSE-SMEs undermined by the crisis.

Faced with the urgency of the situation, Covivio is putting several of its hotels at the disposal of health authorities. A first establishment located in Barcelona is preparing to welcome medical teams and patients. In the next few days other hotels in France will be used as emergency accommodation to receive healthcare personnel especially (Ibis Bordeaux, Fontainebleau, Lille, Lyon, Marseille, Stains and Toulouse…).

Additionally, as we emerge from the crisis and franchised hotels reopen for business, Covivio will offer healthcare personnel of Metz hospitals, the historic birthplace of the company and a region particularly hard hit by the crisis, some 2,000 complimentary stopovers in its establishments.

In Italy, Covivio is providing financial support for the initiative launched by its partner Politecnico di Milano*, whose chemistry, materials and engineering department has commissioned the production of sanitising gel supplied directly to the Regional Emergency Agency of Lombardy.

The Covivio Foundation, which will be up and running in the 2nd half-year, is already raising its grants: in 2020, its budget will rise to €500,000 (as opposed to the initially planned €300,000) and be aimed primarily at helping vulnerable people badly hit by the current economic crisis. The Foundation will also pursue its work to promote equality of opportunity and protection of the environment.

To support these solidarity movements, Covivio corporate officers and Excom members will donate one week of their monthly wage in April to the Covivio Foundation. Meeting on 4 April, Covivio’s members of the Board of directors, for their part, unanimously decided to donate their remuneration from crisis management meetings to the Covivio Foundation.
It should be noted that Covivio is refraining at this stage from resorting to state aid in favour of the sectors most affected by the crisis, in particular short-time working measures.

Support for clients directly affected by the crisis in Europe

In this unprecedented situation, Covivio is applying the recommendations put forward by the government designed to protect and support VSE-SME clients affected by shut-down orders. In real terms, this will translate, in particular, to the automatic application of the suspension and monthly payments of rent for VSEs. For firms not directly affected but who put in a request, Covivio is applying the same principles, and for SMEs in difficulty will appreciate, according to each individual situation, the best solution, with a preference for monthly payment or the rescheduling of rents.

*Politecnico di Milano is a university of science and technology which schools engineers, architects and industrial designers. 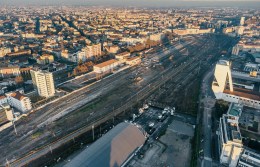 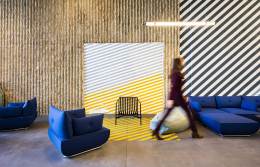