5 million French employees suddenly telecommuting during the lockdown. You can wager that this practice is here to stay, benefiting as it does from an historic alignment of the planets balancing employee expectations, trade union positions and the demands for cost-cutting and adaptability facing businesses. Both the scope and the suddenness of the shift make this a monumental challenge for office real estate.

What about the reversibility of buildings in this context? What about location? How can a central business district regain its relevance in an economy where telecommuting becomes the norm? These are just some of the questions we should best start thinking about right now should the hypothetical migration to radical telecommuting become a reality.

It is still too early to assess the quantitative effects of the crisis on office spaces in the post-Covid world. But anticipating the potential impacts is a matter of urgency. The enormous telecommuting experiment involving more than 5 million French employees, ranging from call centre customer advisers to management teams of large conglomerates and administrative bodies has here and now transformed an epiphenomenon into a working arrangement that was familiar mainly to those known as “white collar” and “knowledge workers”. Now they are asking for more of the same. In many large organisations, transformation departments have been wearing themselves out for years implementing countless plans to try to speed up this managerial change, often achieving results that could be called mixed, to say the least. After two months of lockdown, this shift has well and truly begun. At the same time, we have seen no slump in productivity. Numerous studies have long demonstrated that carefully-managed telecommuting can be productive. Yet there is still much to be done to make sure that telecommuting means improvement for everyone. These days, telecommuting is problematic especially for many women, who shoulder a much greater burden than their male colleagues when it comes to household chores and family responsibilities. However, telecommuting has reached a tipping point.

This means that it could expand significantly beginning in 2021. But starting from a very low point, it would not have major consequences. However – and this is the point we must bear in mind – this experiment of forced telecommuting was accompanied by a shutdown of the economy. Do companies need to resort to mass layoffs or make drastic cuts in fixed costs? Downsizing also often means signing away the future. In addition, the attitude of the majority trade unions towards telecommuting has shifted significantly: overall, it has grass-root support and union leaders are now involved in a considerable number of study groups on energy and ecological transition. Accordingly, since the lockdown they have come out in favour of telecommuting and for the most part are focusing their attention on conditions of implementation, calling for employers to contribute to creating home offices or seeking guarantees over working time and private life. The result is that we may find ourselves dealing with not only a growth, but also a boom in telecommuting. The automotive group PSA exemplified this possibility when it made a resoundingly radical announcement in early May: its 80,000 employees who are not tied to positions in factories will now work from home four days a week, spending between a half day and one and a half days per week in PSA spaces. Many industries will find themselves with a range of similar constraints. Even in California, where the Covid-19 crisis has largely been a boon to the GAFAM, companies including Facebook, Twitter and Alphabet have announced mass telecommuting.

It is therefore possible that we are witnessing not just a speed-up in telecommuting but also radical change: on the one hand, making employees’ homes and local co-working spaces the only places for focused work, and on the other, preserving only glorified communal and social spaces at the office.

Such a sudden shift is anything but easy. Remember IBM, which advocated mass telecommuting then summoned its people back to the office in 2017 arguing that telecommuting stymied creativity. When she took the helm of Yahoo, Marissa Mayer put an end to telecommuting which apparently was as widespread as it was poorly handled. That said, it is hard to draw general conclusions from these specific cases. Establishing new working practices is not a linear process. Technology has moved on and new managerial practices such as collaborative workshops and “Labs” have become widespread. The relationship with the company has also changed. We might imagine that both organisations and employees are now better equipped to shift to mass telecommuting.

If this transformation does come about, it paradoxically implies a rethink upfront of what is to be done at the office, and how. We might imagine that the “Labs” and other collaborative mechanisms presently acclaimed for their contribution to cross-functional projects and innovation will be called on so as to make the rare day at the office a meaningful time, with the simultaneous ability to strengthen relationships, improve group understanding and engage actions. Emerging jobs such as collaborative-workshop facilitator and Chief Happiness Officer, as well as employee experience departments, may be expected to play a front-line role in helping to cement relationships and improve dialogue and interactions on the rare occasions spent together.

While interpersonal relationships, ritual and transfer are becoming the main functions of office spaces, the physical characteristics are changing. The standard floor space duplicated across multiple storeys no longer makes sense. There is a need for high-ceilinged, expansive gathering places, creativity areas for collaborative workshops, and exhibition spaces dedicated to the organisation’s innovation projects, when the future that is coming into being can be displayed like in a concept store. In these new temples, efficiency will no longer be determined by the ability to shift partitions in order to fit a new project team into the open space. It will depend much more on the place’s ability to inspire employees and reach out to their sensibility, just as a gothic church inspired worshippers before they even stepped inside. And in this regard, the essential dogma is the ecological transition and the fundamental mission the organisation adopts to contribute to this transition. According to this new paradigm, a skilfully renovated, historical old head office will become especially “efficient” even though it is an architectural nightmare and the interior spaces thumb their noses at functionalism. In an organisation where telecommuting is the norm, the head office plays the same role as the concept store for fully-online retailers: it is an incarnation of the brand platform, a concrete manifestation of employer marketing. It is first and foremost a vector of symbols. 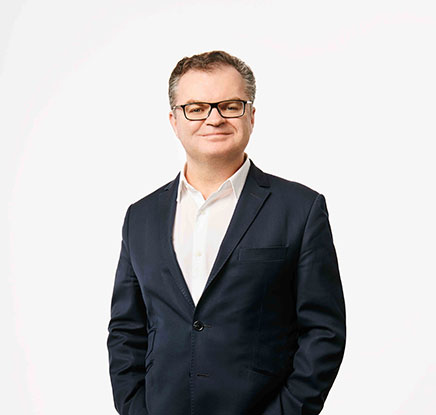 Period of crisis are a breeding ground for innovation What new model will the real estate sector adopt as we move into a digital world?