It determines Covivio’s strategic orientations and ensures their implementation. It is composed of fifteen members, natural or legal persons and two censors. 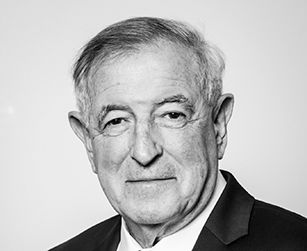 Jean Laurent, Chairman of the Board of Directors

Jean Laurent is a graduate of École Nationale Supérieure de l’Aéronautique (1967) and holds a Master of Science from Wichita State University. He has spent his entire career within the Crédit Agricole Group, initially in the Crédit Agricole branches in Toulouse, then in Loiret and in Paris Region where he held or supervised various roles in retail banking. He then joined Caisse Nationale du Crédit Agricole, first as Deputy General Manager (1993-1999), and then as Chief Executive Officer (1999-2005). In this capacity, he handled the IPO of Crédit Agricole SA (2001), then the acquisition and integration of Crédit Lyonnais in the Crédit Agricole group. Director of public companies, he was appointed Chairman of the Board of Directors of Covivio in 2011. 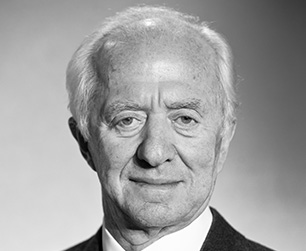 Leonardo Del Vecchio, Vice Chairman of the Board of Directors

Leonardo Del Vecchio is the President and founder of the Luxottica Group, the world leader in design, manufacturing and distribution in the optical field, which has been listed on the New York Stock Exchange since 1990. He has been Chairman of the Board of Directors since its creation in 1961, and was appointed Chairman and Chief Executive Officer in January 2016. After the strategic merger between Essilor and Luxottica, Leonardo Del Vecchio is appointed Chairman and CEO of EssilorLuxottica SA. In 1986, Leonardo Del Vecchio was named "Cavaliere del Lavoro", awarded by the President of the Italian Republic. 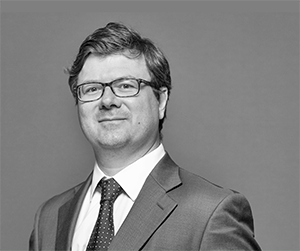 Romolo Bardin, Member of the Board of Directors

Romolo Bardin is a graduate of Business Management at Ca’Foscari University in Venice. He is Deputy Manager of Delfin SARL. Prior to that he held positions at Sunglass Hut Europe in London, and Luxottica Group in Italy. 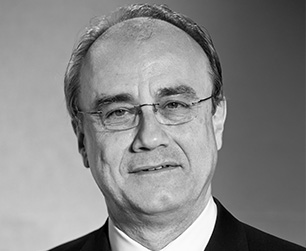 Holder of an MBA from Columbia University and a graduate of ESSEC, Jean-Luc Biamonti joined Goldman Sachs as an investment banker and held various offices there for 16 years. As a partner in the firm, he was responsible for banking business in France and for coverage of the distribution and mass market consumer goods industry in Europe. After having left the bank in 2008, he founded Calcium Capital and developed an SME investment business via this group. Since January 2013, he has been Deputy Chairman of Société des Bains de Mer Monaco, where he has been a Director since 1985 and Chairman of the Board of Directors since 1995. 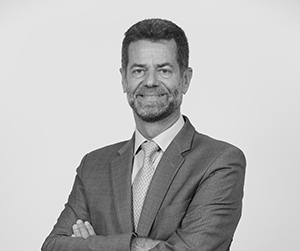 An ESSEC graduate, Christian Delaire has built a professional career in the finance and real estate business. He was appointed CIO of AXA Real Estate in 2006. He then moved on to the positions of CEO of AEW Europe, from 2009 to 2014, and Global CEO of Generali Real Estate from 2014 to 2016. His wish to move over to the non-executive side of the business led to his leaving Generali to join the Atland group as senior advisor. He has also been an independent director of CEREIT since 2017, and of Atenor since 2018. 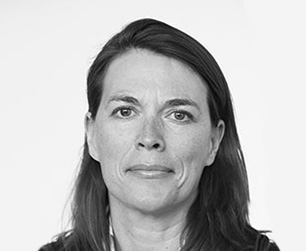 Sigrid Duhamel has been Chairman of the Management Board of BNP Paribas REIM France since 29 September 2017. Previously, she was Chairwoman of CBRE Global Investors France. After graduating from ESTP in 1990, she joined Bouygues Construction and spent four years managing major industrial renovation and construction projects. She then earned an MBA at INSEAD and joined the US group, United Technologies, where she spent three years managing mergers and acquisitions. After four years’ experience in executive recruitment at Eric Salmon & Partners, in 2005, she moved into the real estate business at Tishman Speyer in London, where she spent four years in charge of business development in Europe. In 2008, she joined Carrefour Property, where she was international portfolio Director for three years, before joining the PSA Peugeot Citroën Group in June 2011 as Real Estate Director.

Jérôme Grivet is a graduate of ESSEC, the Paris Institute of Political Sciences (Sciences Po), and of ENA. He spent his early career in administration (general inspection of finances, advisor to the Prime Minister for European Affairs) and went on to join Crédit Lyonnais in 1998, first as Financial Director of the retail bankingbusiness in France, and then as Director of Strategy. He was Deputy General Manager of Calyon from 2007 to 2010. From 2010 to 2015, he served as Chief Executive Officer of Crédit Agricole Assurances and Chief Executive Officer of Predica. He is a member of the Executive Committee of Crédit Agricole SA. Since 21 May 2015, he has been serving as Assistant General Manager of Crédit Agricole SA responsible for the Group Finance Division. 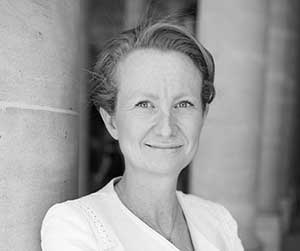 Stéphanie de Kerdrel holds a Master’s degree in banking, finance and insurance, and a DEA (Master of Advanced Studies) in economy and international finance from Paris Dauphine University. She began her career in bond management for the Assurances du Crédit Mutuel group. In 2007, she switched to teaching and training, which formed the basis of her career for the next 10 years. Her main achievement was coordinating the creation of a new higher education establishment for digital professions (EEMI), founded in 2011 by Xavier Niel, Marc Simoncini and Jacques-Antoine Granjon, of which she was subsequently appointed Managing Director. Having achieved the goals of this project, she decided to return to the world of finance and rejoined the Assurances du Crédit Mutuel group in 2018 as Assistant Director of Investments responsible for bond and real estate assets management. 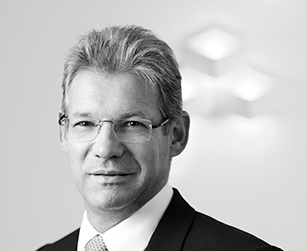 Christophe Kullmann has spent his entire career in the real estate sector. In particular he was Finance Director of Immobilière Batibail, a listed property company, from 1992 until its merger in 1999 with Gecina, where he was Finance Director. At the head of Covivio since its founding in 2001, Christophe Kullmann is CEO and Member of the Board of Directors. In addition, he is a founder member of the Fondation Palladio and Honorary President of FSIF. 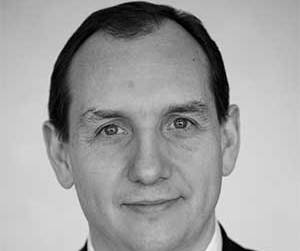 After graduating from ISG Paris (Institut Supérieur de Gestion de Paris), Olivier Le Borgne began his career as a Financial controller. In 1992, he joined the Administrative and Technical Department of GMF Vie. In 1998, he joined the Finance Department at Azur-GMF, where he held various positions until 2006, first as Financial controller responsible for monitoring companies, then in charge of results forecasting, and finally as Chief Financial Controller. From 2006 to 2015, he was Head of Financial Strategy at GMF, before being appointed Head of Investments and Assets & Liabilities at Covéa in 2015. In December 2020, Olivier Le Borgne became CEO Investments of Covéa. 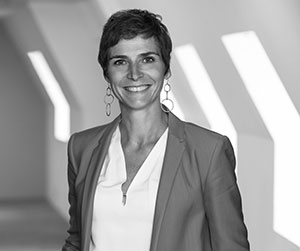 Alix d'Ocagne has a law degree from the University of Paris 1 Panthéon-Sorbonne and an Executive MBA from HEC. She has spent her entire career in the notary profession, specialising in real estate transactions for major accounts. She worked for 25 years at the Cheuvreux law firm as an associate, partner, managing partner and president. She actively participated in the development of this law firm. 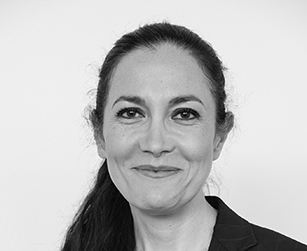 Sylvie Ouziel, Member of the Board of Directors - Independant director Sylvie Ouziel, since January 2020, is President International of Envison Digital, after having been from 2016, Global CEO Allianz Assistance (known in France under the brand Mondial Assistance) and CEO Asia Pacific of Allianz Worldwide Partners. A Centrale Paris graduate, she used to be Chief Executive Officer of Allianz Managed Operations & Services (Amos) since 2012 after having occupied the post of Deputy CEO World for Accenture Management Consulting (formerly Andersen Consulting), where she started her management career, and where she occupied various leadership posts over twenty years affording her heavy exposure to the international scene. 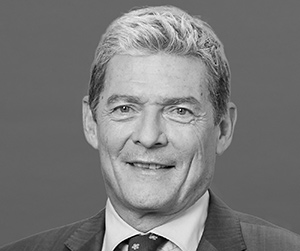 A graduate from ESCP business school and the holder of an MBA from Stanford, Olivier Piani has over 25 years of experience in real estate. After 13 years with the Paribas group, he joined UIC-Sofal as CEO in order to restructure and sell off the company. He then joined GE Capital Real Estate in 1998 where he was CEO from 2002 to 2008. After a spell as CEO of Allianz Real Estate from 2008 to 2015, in 2016 he founded OP Conseils, real estate and finance consultants.   Since 2015 he has also been senior advisor and chairman of the investment committee with Ardian Real Estate. 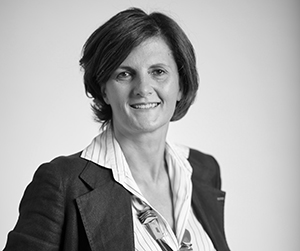 A graduate of Institut de Droit Public des Affaires (IDPA), and a lawyer registered with the Paris Bar, Patricia Savin holds a PhD in private law from IHEDN (Economic Intelligence Session). A Partner at DS Avocats, she co-manages the Environment and Sustainable Development Department where she is specifically tasked with cases involving logistics, polluted soils and sustainable urban environments. Patricia Savin was elected member of the French National Bar Council, of which she was Secretary General for the 2010-2013 period. As Chairwoman of the Orée association and the Environment and Sustainable Development Commission of the French Bar Association (Ordre des Avocats de Paris), she is regularly consulted by the Ministries of Ecology and Justice on the draft texts under discussion (environment charter, ecological damage, etc.). Before joining DS Avocats, Patricia Savin held posts with the Moquet Borde (now Paul Hastings) law firm, then the Pardieu Brocas law firm, before becoming Co-Manager of the law firm Savin Martinet Associés from 2001 to 2015. 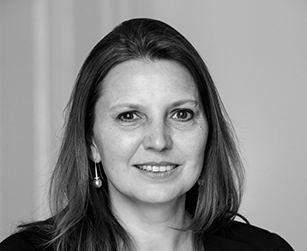 A graduate of ESCP Europe, Catherine Soubie started her career in 1989 at Lazard in London then in Paris. She subsequently held various posts at Morgan Stanley in Paris, before becoming Assistant General Manager of Rallye, from 2005 to 2010. In 2010, Catherine Soubie joined Barclays where she was, until 2016, Managing Director in charge of Investment Banking France-Belgium-Luxembourg. She is now General Manager of Arfilia and also independent Director on Boards of Directors of Korian and Sofina. 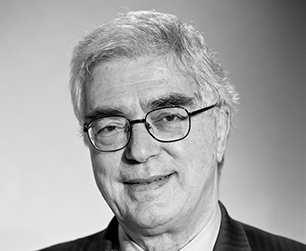 Sergio Erede is a graduate of the University of Milan (1962). He obtained his LLM from Harvard Law School in 1964. He became a member of the bar association of Italy in 1967. He worked at Hale & Door in Boston from 1963 to 1964, then at Sullivan & Cromwell in New York. From 1965 to 1969, he managed the legal department at IBM Italy. Sergio Erede founded Erede e Associati in 1995, which rose to fame in the areas of M&A and securities transactions. 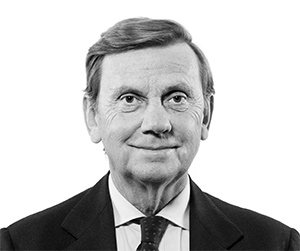 Board of Directors documentations

Board of Directors internal rules

"A shared horizon for our European teams: all Covivio !"

"Europe: the ideal place to express all our real estate expertise."

"The path of innovative hotel players and business or leisure travelers.“

"Our functions, tools and processes are on a European scale." 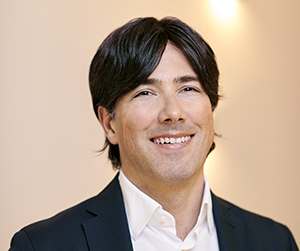 “Designing new neighbourhoods and bringing them alive, like in Milan.“ “Our way of working, in a more collective and agile manner, allows us to move faster, further”

“None, of course !"
"Just like the internet, networks and www.covivio.eu.“

"Rich and vibrant European pathways for our collaborators."

"A unique profile that guarantees long-term balance and performance." 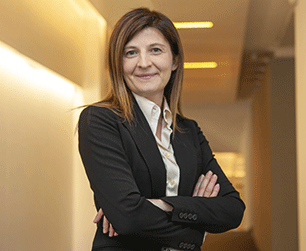 “Cross-checking views and analyses for all our operations in Europe”

"Understanding the needs of our customers, from all walks of life and all generations."