Covivio completes the acquisition of 8 hotels leased to NH Hotels

Covivio, through its subsidiary Covivio Hotels held at 43.3%, has completed the acquisition of the portfolio of eight hotels located in Rome, Florence, Venice (x2), as well as in Nice, Prague and Budapest (x2) for €573 million (€248 million in Group share), including €86 million of capex. This portfolio of high-end establishments in prime locations includes several emblematic hotels such as the Palazzo Naiadi in Rome, the Carlo IV in Prague, the Plaza in Nice and the NY Palace in Budapest.

Totalling 1,115 rooms, the hotels will be operated by NH Hotel Group through long term triple net lease contracts1 with minimum guaranteed variable rent, generating a minimum yield of 4.7%. The agreement has an initial duration of 15 years, extendible at NH Hotel Group’s option to 30 years.

Besides, Covivio is pursuing a capex program of €86 million for the entire portfolio, that shows great potential for growth:

Thanks to their strong long-term partnership, Covivio and NH Hotel Group have completed this acquisition, which was announced last January and postponed to September due to the health environment. Initiated in 2014, the collaboration with NH Hotel Group began with the acquisition of a hotel in the centre of Amsterdam and then continued between 2016 and 2018 with the purchase of ten hotels in Germany, the Netherlands and Spain.

A portfolio ever more strategic for major hotel operators

With this acquisition, Covivio bolsters its status as European leader in the hotel real estate market, with a portfolio of €6.8 billion (€2.6 billion Group share) located in the city-centre of major European touristic destinations.

Despite an unprecedented crisis, Covivio, through this investment, highlights its confidence in the long-term fundamentals of the hotel industry and its capacity of recovery. Covivio, with its recognized platform and solid track record, is currently partnered with nearly 20 hotel operators, representing about 30 brand names spread out over 12 European countries. 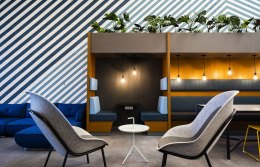 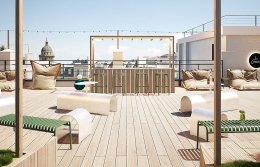