Half-year results for 2021: Covivio raises its earnings outlook for 2021

“Covivio had a good first half with more than 140,000 m2 of new office leases and renewals, €400 million in agreed disposals with a 4% margin and a 2% growth in asset values on a like-for-like scope. NAV increased by 4% year-on-year and EPRA Earnings by 7.5%. Ahead of its financial and non-financial objectives, Covivio is raising its 2021 earnings guidance and strengthening its environmental ambition by aiming for carbon neutrality by 2030.”
Christophe Kullmann, Covivio Chief Executive Officer

Successful deployment of the offices strategy (58% of the portfolio): centrality, quality, services

Strengthening Germany residential (27% of the portfolio)

Hotels (15% of the portfolio): the first signs of recovery after a half year impacted by lockdown measures 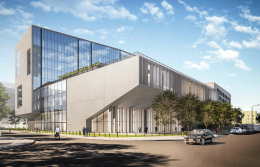 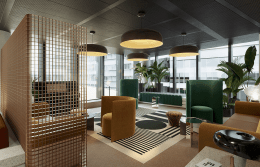 This site employs the cookies necessary for you to browse, as well as cookies that make it possible to perform statistical measurements of the site's audience and performance and Covivio's online advertising campaigns, and display personalized online advertising as a function of your browsing at the site.
By clicking on "Accept All" you give your consent to the installation of these various cookies. By clicking on "Refuse All", you refuse all cookies not necessary to your navigation on the site. You can also select "Customize" so that you can yourself manage the purposes of the cookies that you wish to activate.
Your denial of your consent for the installation of cookies is valid for a 6-month period.
CUSTOMIZE REFUSE ALLACCEPT ALL
Privacy & Cookies Policy

These cookies enable us to compile audience measurement and performance statistics by analyzing the volume and source of the traffic on our site.

These cookies also make it possible to analyze your behavior at our Site, specifically the pages consulted, and the forms completed, in order to measure and improve the performance of our Site and our online campaigns. If you do not accept these cookies, we will not be able to incorporate your browsing into our performance and audience measurement statistics.